Here’s a bit of great news: no matter how ugly you are, scientifically speaking, you’re still attractive!

That doesn’t mean that the guy or girl you’ve crushed on for one year, eight months, 37 days, 12 hours and 33 minutes (who’s counting?) is going to jump into bed with you… but it does mean that your feet will always remain planted firmly on the ground. And this is because, to planet Earth, you are attractive. 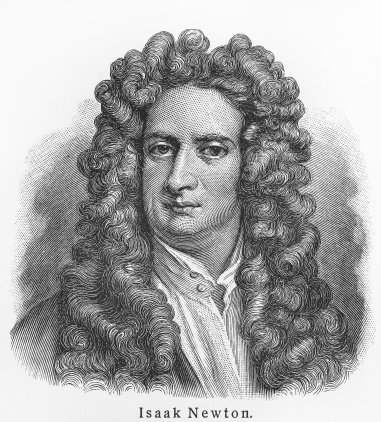 I’m not being clever when I say you’re attractive, even though you could eat an apple through a tennis racquet with those teeth. I am being quite literal! Gravity is the force that holds everything to the surface of the Earth and it’s what makes even the lightest feather float teasingly towards the ground. A force of attraction exists between every single being and object on this planet.

Earth’s force of attraction on you – gravity – is the reason we all don’t float out to Space. In fact, gravity is the whole reason the stars and the planets came together.

“Gravity is the natural phenomenon by which physical bodies attract each other with a force proportional to their masses.”

Sir Isaac Newton refined this definition by adding the fact that this force of attraction was inversely proportional to the distance between the two objects. This makes perfect sense: the further away you are from planet Earth, the lesser it’s gravitational pull on you, which is why astronauts float around in Space and your 600-pound mother-in-law has remained couch-bound since the 90’s.

Is the Force Strong with You?

Is there a way we can calculate how attractive you are? I’m so glad you asked, because the answer is yes! There is a formula we can use to determine the force of attraction between you and that hot guy in accounting. While this formula was developed for more austere means, science can also be fun and whimsical:

F is the force of attraction between m1 and m2, which are two physical bodies (you and hot accounting guy). ‘d’ is the distance between these bodies and G is a gravitational constant (because nothing in physics is ever really simple). The value of G is approximately 0.00000000006674.

So, given this information, we can now calculate the force of attraction between you and your would-be beau. Let’s say that you weigh 70kg and he weighs 80kg. Right now he’s sitting at his desk a few cubicles away, chewing lightly on the back of his pencil like he always does when concentrating, knees folded under his chair, golden brown hair, soft skin…

If you had to draw a diagonal from where you’re sitting right now to his location, he’d probably be about 5 meters away from you and if you keep talking like that you’ll be legally required by a restraining order to make it 200 meters. Now, let’s plug these numbers into Newton’s equation:

This may seem like a paltry number compared to the bottomless pit of unrequited love you feel for him, but that’s precisely why we don’t go crashing into each other all the time. Not by accident anyway. We all exert a gravitational pull on each other, but this force is so small you just can’t feel it.

Large objects on the other hand exert a stronger gravitational pull. Earth’s gravity is enough to keep us planted firmly on its surface. But Jupiter, which is a much larger planet – 318 times more massive to be precise – exerts such immense forces of attraction that its nearest moon, Io, is in a constant state of seismic catastrophe. Not only does this poor moon have to travel through Jupiter’s intense radiation field, but its very core is ripped up in continuous cycles of convection caused by Jupiter’s insane gravity. The moon is literally being turned inside out again and again and again.

Have You Thanked Your Gravity Today?

During the formation of the Universe – not the Old Testament version – when there was a veritable sh*tstorm of matter flying about, gravity is what caused the coalescence of the planets, stars and moons. Smaller pieces and fragments of matter would cling to larger pieces and fragments and the resultant balls of matter just got bigger and bigger and bigger until stars and planets were formed. This force of attraction, which is directly proportional to your mass or weight, is quite interesting and responsible for a number of things we take for granted.

Gravity is the reason extreme sports are dangerous. It’s the reason your keys hit the floor in the morning when, with arms loaded, you try to fiddle with that damn stubborn front door lock. The extreme stress it exerts on the core of planets is the reason the centre of, for example, the Earth is molten and it’s what initiates nuclear reactions in the hearts of stars. It’s the reason stars burn; stars being the forges of the heavier elements we are composed of!

Gravity is the reason we enjoy an annual trip around the sun. It’s the reason the oceans have tides. Even galaxies are held together by gravity. You may never have considered this force to be your best friend, especially if you were blessed with double D’s. But we all have a lot to be thankful for! Our very existence and the very order of things as we know it all comes down to gravity.

See what I did there? “Comes down”… Har har.

Contrary to what we know about the accepted model of modern day beauty, the heavier you are, the more attractive you are. The next time your chubby kid comes home crying from the taunting of some cruel schoolyard bully, you tell him or her to say:

“According to the 1687 works of Sir Isaac Newton, the Philosophiae Naturalis Principia Mathematica, my greater mass actually makes me more attractive. Furthermore, my preliminary understanding of the laws of gravitation makes me your intellectual superior and while I can lose weight, you will always be an idiot.”