I feel quite precious about my BSc degree. I studied three long hard years to earn that rolled up piece of paper with its gold badge and blue stripe. And I did it all by wading through knee-buckling and mind-bending numbers of equations, published journals, scientific textbooks, physics lab sessions and titration kits. Every day, I was convinced by my subject matter that I was too stupid to study science and would, whilst walking between lectures, enviously glance over at the drama, film and media students playing guitar on the lawns outside the Arts Building on UCT’s Upper Campus. Look at them sipping R6 coffee, letting the fierce Cape Town sun burn off their whiskey hangovers; all of them looking super skinny and wearing clothing that was considered hip in the 60’s.

Most of what the layperson knows about science has been hand delivered to them by the media. By the very people that wore non-prescription eye-glasses at university and smoked pipes (the Sherlock Holmes variety), while plucking thoughtfully at the braces redundantly holding their excessively tight-fitting skinny jeans up. I am mercifully stereotyping here, I know that. So let’s get serious… the headlines you read are almost always written by people who studied sociology, psychology, literature, journalism, film and media. Not the people that spent three, four, six or more years becoming trained in the ways of rigorous scientific study and reporting. This isn’t necessarily a BAD thing…

ANYONE can understand science. Science shouldn’t BE this intangible and untouchable fortress of knowledge that only the highly educated elite are allowed to enter. Science is the study of all the observable, measurable and physical things around us. It explains why the sky is blue, how diamonds are made, where babies come from and what the aurora borealis is. All it really takes to become a practitioner of science is an enquiring mind and a strict adherence to the scientific method, which is essentially the set of rules governing how you go about proving something… anything, really.

Now the two points I have made above may seem to stand in stark contrast with each other. Surely, if we should all actively try to understand and engage with science, the media should be more than encouraged to report on it. But this is actually where the problem arises. It’s in the delivery of messages that are geared to impress, shock, attention-grab and intimidate. Large black-and-white statistics that no one REALLY understands, but sound impressive anyway, thrust their way visually at us from news and magazine stands. A thumb-sucked example would be:

72% of ALL South Africans Have Herpes! 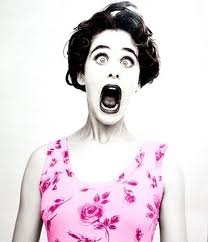 I don’t know about you, but I don’t remember answering any national surveys about my HPV-status, which immediately makes that statistic redundant. If you haven’t tested every single South African, then you can’t say that 72% of ALL South Africans have The Herp. You may go as far as saying that surveys of 1,000 university students reveal that the vast majority are clearly showing no discrimination in who they play tonsil hockey with.

You have to be so careful when publishing the results of controlled scientific trials, studies and research. More importantly, YOU – the reader – have to be so careful when reading what the media has to say about these studies. In an effort to craft headlines that sell, the media takes the results of years of careful measurement and data analysis and interprets them in a way that will sell their product. There are two fundamental problems with this:

1. The true findings of the scientific study and their greater application to our knowledge base is almost always lost in translation

2. It creates a massive divide between the layperson and the entire discipline of science.

Reporters throw around big, impressive and authoritative words and phrases, such as “results of a scientific study”, “scientists say”, “scientists prove”, “according to scientific evidence”, etc. And the result is that our enquiring minds have been left on the very brink of extinction.

It’s such a pity that people feel so disconnected from science and from an understanding of the world around us. What is even more of a pity is that we just accept the statistical fodder thrust at us. “Whoa! I’d better start eating more avocados! According to the health section in the You Magazine, it reduces varicose veins by 69%!

Side note: I’m totally thumb-sucking here, but in the past, You Magazine has used the health section to provide some wild-sounding statistics relating to food and nutrition. They seem to have cleaned up their act as far as science reporting is concerned.

By the way, I ONLY buy You Magazine for the crossword puzzles!

…and maybe to collect pictures of Justin Bieber. What?

Do yourself a favour. The next time someone says: “According to scientists” or “Scientists say” ask them: “Oh? In which peer-reviewed journal was that published? And what methodology was followed when they tested the efficacy of avocado in reducing the appearance of varicose veins?”

Be a little more critical of the ‘sciencey’ information people, companies and brand names use to convince you to subscribe to their beliefs, products or services. Find out the facts for yourself. Ask why? How? Revive your enquiring mind! Bring it screaming back from the edge of the gaping chasm of blind acceptance. Not only will it make you sound incredibly intelligent, but you will actually BE more intelligent.

Although that may not go down well with your hipster friends.